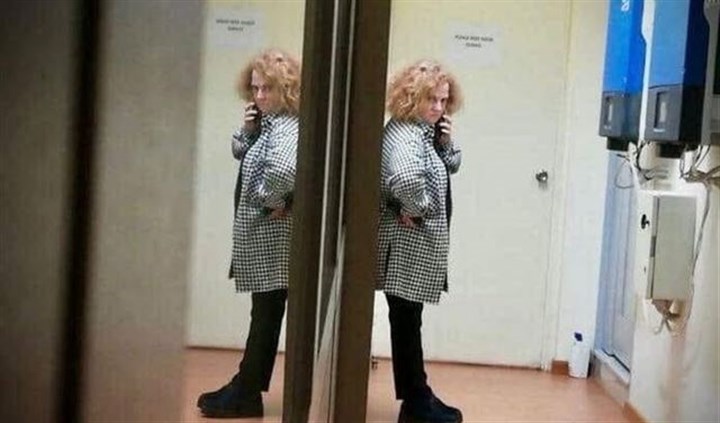 When detective Elliot Ness asked the judge of the court of Chicago who was presiding the indictment session of the famous mafia lord Al Capone, to change the jury and replace it by the one of the next door room; he succeeded to impose his request because he threatened the judge to expose to the public a proof of evidence showing that his name and the names of all the jury members present in the hall of the court, have accepted bribery amounts offered by Al Capone in counterpart of dropping all the charges against him.

In the Lebanese version of this historical event; judge Ghada Aoun is the courageous detective Elliot Ness, the people who are supporting her are her bold “Untouchables” team, while Al Capone, his mob, his partners, the jury, and the corrupted judge are the alliance of the various Lebanese parties and associations who committed since more than four decades one of the most unprecedented crimes in the history of Lebanon namely mismanaging the state affairs of the country and diverting the wealth and the money of a whole population, causing its disappearance.

Despite the fact that the struggle of judge Ghada Aoun is legitimate and rightful because the case was commissioned to her by the “Lebanese Union of the bank depositors- Moutahidoun”, the Lebanese mob of Al Capone rallied its allies and broke the constitutional rules in order to discredit her efforts, assassinate her reputation, and get rid of any auditing attempt to unleash the truth and shed light on what happened. Among the allies of the mob, were also fellow citizens, groups, and parties who were driven either by hate, or ignorance, or money, or brainwash, as if the repossession of their financial rights was irrelevant to them.

The spontaneous popular movement instigated by a judge like Ghada Aoun, who owes nothing to any political party, regardless of all the fabricated rumors and lies spread around her; has shown three important facts:

The first is the real deceitful face of the so-called revolution who shined by its failure and absence.

The second is the unbreakable will of those who are really working to induce change even if the results are not immediately guaranteed, by entering this time through the gate of the judicial laws without any intention of vengeance.

The third is the necessity to call upon the countries that are asking us to embrace reforms in our political system, to reform their own approach of dealing with the wide Lebanese spectrum of parties and civil associations, through differentiating between those who are honest and active; and the others who do not feel yet ready or want to change.

Judge Ghada Aoun has become an icon for the people and her profession. If her efforts are successful, it will be an opportunity for the other judges to follow her path, and let go of their hesitation and fear at the service of a better Lebanon.